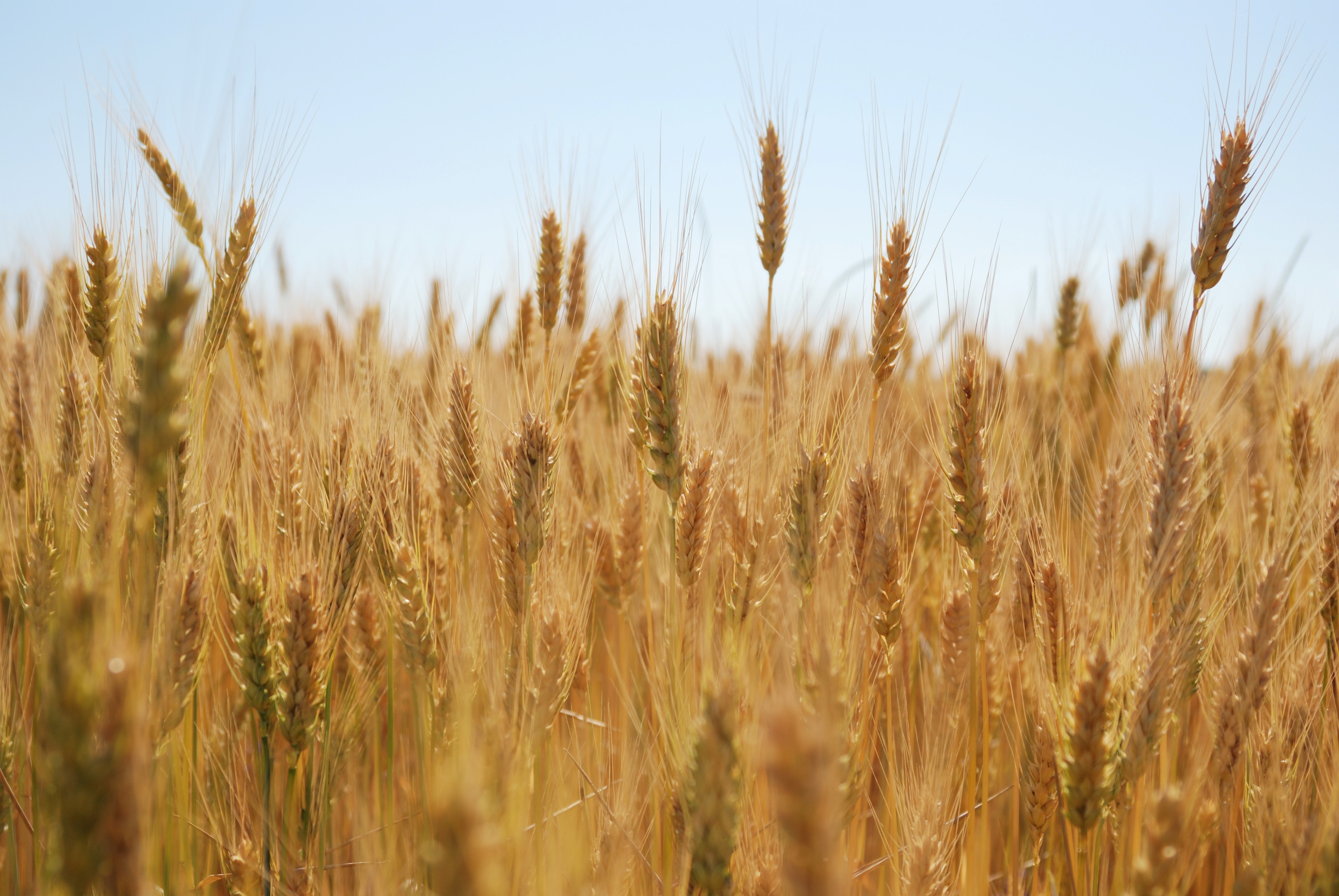 WHEAT: The outlook for 2019/20 U.S. wheat this month is for lower supplies, higher domestic use, larger exports, and reduced stocks. Supplies are reduced as a smaller carry-in is not completely offset by higher production. Forecast 2019/20 U.S. wheat production is raised 18 million bushels to 1,921 million. The all wheat yield is forecast 1.3 bushels per acre higher at 50.0 bushels. Winter wheat production is raised to 1,291 million bushels with increases in all winter wheat classes this month. The first 2019/20 survey-based production forecasts for other spring wheat and Durum are both lower than last year, mainly on reduced harvested area at 572 and 58 million bushels, respectively. Domestic use is higher this month on increased feed and residual use as wheat is expected to be more competitively priced with feedgrains in 2019/20. Exports are projected at 950 million bushels, up 14 million from the revised 2018/19 exports. Exportable supplies for several major exporters are significantly reduced on lower 2019/20 production forecasts. As a result, the United States is expected to improve its export competitiveness, especially in the latter stages of the 2019/20 marketing year. Ending stocks for 2019/20 are projected 72 million bushels lower than last month at 1,000 million. The projected season-average farm price is $5.20 per bushel, up $0.10 from last month on reduced stocks.

Foreign 2019/20 wheat supplies are decreased 10.5 million tons primarily on lower production in several major exporting countries. The production declines are led by a 3.8-million-ton reduction for Russia due to extremely high temperatures and below-average precipitation in June during winter wheat grain fill. Russia’s production of 74.2 million tons is still the second largest on record. Both the EU and Ukraine are also lowered on hot and dry conditions during June, which are expected to reduce yields although production in both countries remains well above last year. Australia and Canada are lowered as well, mainly on reduced area, based on recent government reports. Global 2019/20 exports are lowered 2.3 million tons on decreased supplies. Russia’s exports are reduced 2.5 million tons and Australia and Ukraine are lowered 1.0 million and 0.5 million, respectively. These export reductions are partially offset by a 0.5 million ton increase for the EU and a 1.4 million increase for the United States. World consumption is lowered 2.9 million tons, primarily on reduced feed and residual use. With global supplies declining more than projected use, world ending stocks are reduced 7.9 million tons to 286.5 million but remain record large.

COARSE GRAINS: This month’s 2019/20 U.S. corn outlook is for larger production and beginning stocks, greater feed and residual use, lower food, seed, and industrial (FSI) use, and increased ending stocks. Corn beginning stocks are raised 145 million bushels, reflecting lower use forecasts for 2018/19. Exports are reduced based on current outstanding sales and shipments to date, with export inspection data for June the lowest for the month since 2013. Feed and residual use is down based on indicated disappearance during the first three quarters of the marketing year in the June 28 Grain Stocks. FSI is lowered with forecast declines in several categories of non-ethanol industrial use.

For 2019/20, corn production is projected 195 million bushels higher based on increased planted and harvested areas from the June 28 Acreage report. Excessive rainfall prevented planting at the time of the Acreage survey, leaving a portion of acres still to be planted for corn in a number of major producing states. In July, USDA’s National Agricultural Statistics Service (NASS) will collect updated information on 2019 acres planted, and if the newly collected data justify any changes, NASS will publish updated acreage estimates in the August Crop Production report. The national average corn yield is unchanged at 166.0 bushels per acre. Silking as reported in the Crop Progress report is behind the recent historical average, thus for much of the crop the critical pollination period will be during late July into early August. Projected feed and residual use is raised 25 million bushels, reflecting a larger crop. FSI is lowered 20 million bushels, reflecting lower projections for non-ethanol industrial use. Small revisions are made to historical trade and utilization estimates based on the 13th month trade data revisions from the Census Bureau. With supply rising more than use, stocks are raised 335 million bushels to 2.0 billion. The season-average corn price received by producers is lowered 10 cents to $3.70 per bushel.

This month’s 2019/20 foreign coarse grain outlook is for larger production and trade, and slightly lower stocks relative to last month. Ukraine corn production is raised, reflecting increased area. Barley production is raised for Canada but lowered for Ukraine and India. For 2018/19, Argentina corn production is higher based on harvest results to date. Major global trade changes for 2019/20 include higher corn exports for Ukraine, with increased imports for Zimbabwe. For 2018/19, corn exports are raised for Argentina and Brazil reflecting higher-than-expected shipments during the month of June. Foreign corn ending stocks are virtually unchanged from last month.

OILSEEDS: This month’s U.S. soybean supply and use projections for 2019/20 include lower beginning stocks, production, exports, and ending stocks. Beginning stocks are reduced with higher 2018/19 residual use more than offsetting lower crush and seed use. Residual use for 2018/19 is raised based on indications in the June 28 Grain Stocks report combined with crush and export data through May. Soybean production for 2019/20 is projected at 3.845 billion bushels, down 305 million based on lower planted and harvested area in the June 28 Acreage report and on lower projected yields. Harvested area, forecast at 79.3 million acres, is down 4.5 million from last month. With planting progress significantly behind in many states, USDA’s National Agricultural Statistics Service (NASS) will collect updated information on 2019 area planted, and if the newly collected information justifies changes, updated acreage estimates will be published by NASS in the August Crop Production report. The soybean yield is forecast at 48.5 bushels per acre, down 1 bushel based on delayed planting progress throughout the major producing states. Soybean exports are reduced 75 million bushels to 1.875 billion reflecting reduced supplies and increased competition from South American exporters. With crush unchanged, soybean ending stocks for 2019/20 are projected at 795 million bushels compared with 1.045 billion last month.