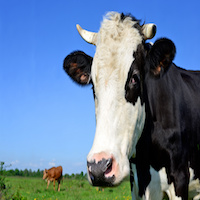 Animal health officials in Texas have confirmed the presence of bovine tuberculosis (TB) at a dairy located in the Panhandle region of the state.

Texas Animal Health Commission (TAHC) put out a press release on March 14 to announce that a case was confirmed on a Sherman County dairy farm. The investigation has revealed that the Sherman County case is related to a confirmed bovine TB case on a Dallam County calf ranch.

The two farms that have bovine TB are currently under quarantine or hold and will remain so until they meet all requirements for release through testing and removal of infected animals. Epidemiological investigations will continue at both farms. There will also be further testing performed at dairy, calf raising and dairy heifer raising operations in Texas and other states that have epidemiological links to the infected herd in an effort to determine a possible origin or prevent the potential spread of the disease.

“TAHC is working closely with the dairy involved, United States Department of Agriculture (USDA), the Texas dairy industry and other states to ensure the disease is quickly contained, and the affected dairies can return to normal business practices as soon as possible,” says Dr. Andy Schwartz, State Veterinarian. “Texas’ current TB-free status is not expected to be affected by the new cases.”

Bovine TB is a respiratory disease that can cause weight loss and chronic coughing. There are a number of species that are susceptible to the zoonotic disease including elk, deer, bison, goats, swine, cats and humans. Pasteurization of milk removes the risk of transmission to people and meat from infected animals does not enter the food chain.

The disease can be spread amongst livestock from TB bacteria being expelled by infected animals into the air to be inhaled or even in contaminated feed.

In 2000, Texas was deemed as TB-free by USDA. Then in 2002, the status was temporarily removed when two infected herds were found. Following further testing, Texas regained TB-free status from USDA in October 2006.

U.S. Pork Industry at the Tip of the Spear

China continues to deal with an outbreak of African swine fever. Two new cases of…

The pork outlook looked bleak in August. Fear of large pork supplies and Mexican and…