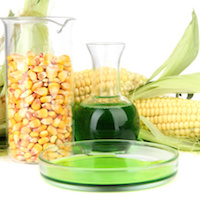 The USDA is calling for another record corn crop at 175.4 bushels per acre and near-record production for soybeans with an average of 49.5 bushels per acre. Now, the industry is looking for new opportunities and fresh demand which could come in the form of fuel.

Ethanol demand remains robust as the Renewable Fuels Association (RFA) says it continues to see the expansion of E15 and E85 coupled with ethanol exports.

According to the RFA, nearly 90 percent of 2018 vehicles sold in the U.S. come with manufacturer approval to burn 15 percent ethanol blends, which is sold at more than 1,000 gas stations in 29 states.

Tax Reform Losers From Biofuels to Coal to Get Second Chance

Energy lobbyists, who failed to get a range of expired breaks for biofuels to coal-fired…

Biodiesel Industry: "This EPA is not Interested in Our Growth"