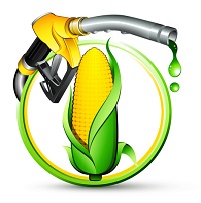 Producers jittery about the fate of ethanol took comfort when President Donald Trump told EPA to back off proposed measures to cut federal biofuel requirements and lump fuel exports into domestic quotas. The decision, with projections showing steady demand for renewable fuel, suggests a path to market for grain earmarked for energy.

Although ethanol prices are set to tick a few cents per gallon higher next year, some factors remain decidedly out of producers’ control, according to the 2017 International Biofuels Baseline Update from the Food and Agricultural Policy Research Institute (FAPRI) at the University of Missouri.

“Biofuel demand is driven mainly by crude oil price projections and policies, such as use mandates that are imposed by some countries,” the report points out.

Market Outlets. Ethanol prices tend to follow oil prices, though that isn’t always the case. Next year, West Texas intermediate oil is expected to fall by $3.35 in 2018 to $45.79 per barrel, according to FAPRI, referencing IHS Markit data.

But the Renewable Fuels Standard safety net prevents ethanol prices from falling “below the shutdown price of ethanol plants because this would result in less production than is needed to fulfill the mandate,” write University of Illinois ag economists Scott Irwin and Darrel Good in a 2016 report.

Emerging markets for renewable fuels could be a boon to ethanol demand and corn prices. In an effort to clean up polluted air, China plans to dramatically boost ethanol use, moving to E10 gasoline by 2020. Considering China is the world’s largest car market, and ranks No. 3 for fuel ethanol consumption, Peter Meyer of S&P Global Platts says this might be one answer to moving corn markets higher.

China might only have capacity “to produce maybe 1 billion gallons of ethanol, and that would have to be increased tenfold to get to this E-10 mandate,” Meyer says.

The country’s announcement marks the first hard deadline, but Meyer says there are still unknowns.

“The fact of the matter is that if you read some articles about the idea, they say 2 billion gallons of ethanol production are sitting idle,” he explains. “If you look at our numbers, or some other numbers that are out there, it’s about 1.1 billion.”

Some analysts and ethanol groups think lobbying to increase domestic ethanol blends to E15 will stimulate higher corn prices. However, Meyer says the focus should be on international markets like China.

Tax Reform Losers From Biofuels to Coal to Get Second Chance

Energy lobbyists, who failed to get a range of expired breaks for biofuels to coal-fired…